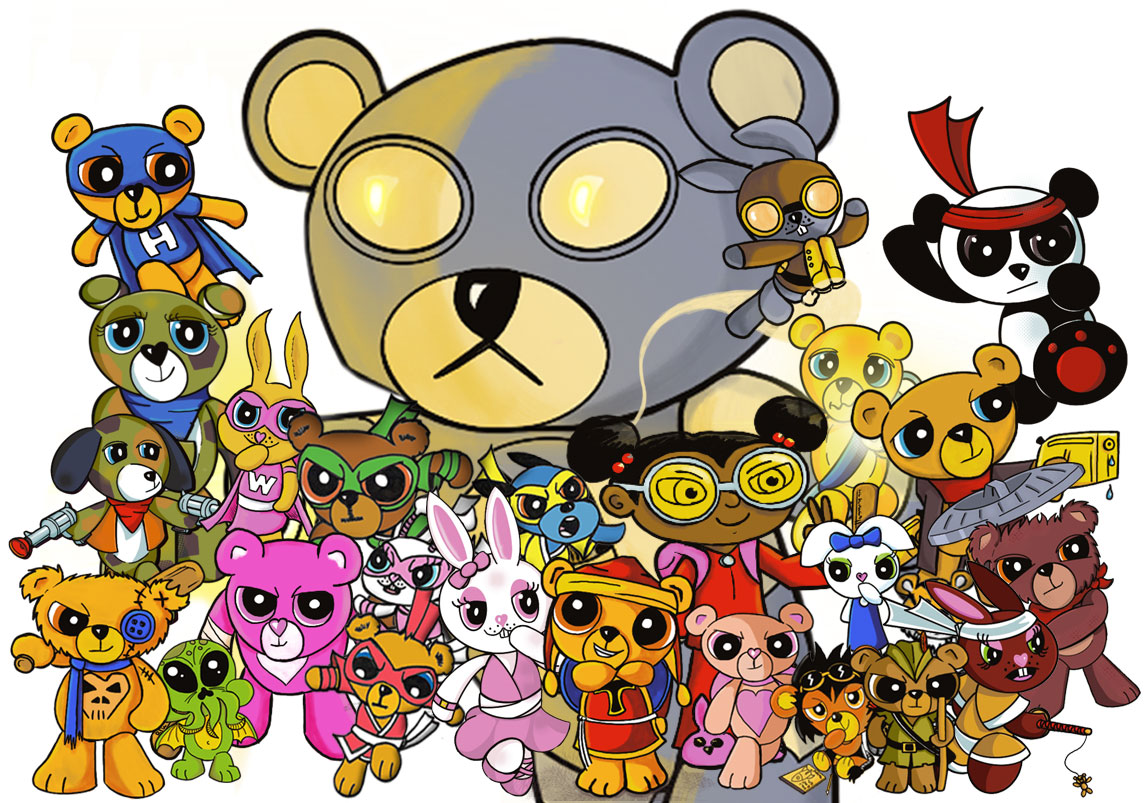 Did you know Teddy Bears and Cuddly Toys have been protecting you and your children from the Bogeyman and the Monsters under the bed for over 100 years? An ongoing battle for bedtime between the Lord of Nightmares and bands of ragtag, often discarded cuddly toys. Now you can read these adventures in a series of comic book and illustrated stories books about this most secret of wars, as our cuddly defenders fight for their very child’s soul.

The Teddyverse is a new universe full of adventure, villains and heroes that are stitched for it; in the ultimate battle of good v evil, with the wonder and innocence of childhood on the line. Our cuddly defenders not only have to face down the Bogeyman and Monsters, but also the corrupted legends and myths of our childhood; who where once Guardians of children against the dark, but are now more keen on keeping their power and immortality than saving the children that believe in them.

This is a universe with unlimited depth, of fantasy, of wonder and excitement – our heroes will take us on adventures across the realms, with new wonders and horrors that twist everything you thought you knew about what you once thought were the good guys.

You can being all these new adventures by visiting the Teddyverse today.